Kefir is prepared through a complex process by inoculating the milk with kefir grains which are a combination of yeast and bacteria in a symbiotic matrix. Kefir can be made from different types of milk such as sheep, goat, coconut, cow, soy or rice. The micro-organisms present in kefir are non-pathogenic bacteria especially lactobacillus and yeasts Kefir is becoming increasingly popular due to its results in the health benefits among the consumers. In recent years fermented milk products has a strong influence upon health. Kefir consists of vitamins, carbon dioxide, amino acids essential oils that are considered beneficial for health. There are several methods such as industrial and traditional processes to produce kefir. Food scientists engage upon continuous research and development in order to introduce modern techniques to produce kefir.

The report provides an exhaustive study of the Kefir market along with offering the market estimates, in terms of revenue (USD million) for the forecast period from 2017-2025. Further, the global market is classified on the basis of type, flavor and application.

Wide variety of applications is a major driver driving the global kefir market. Kefir is a popular product in the market consumed lately by many consumers globally. Kefir is considered to be very healthy for diet conscious consumers and is often recommended as a dietary supplement by the fitness centers. Food recipes such as salad dressing, marinating the meat, ice cream, smoothies and also dipping. Moreover, certain pharmaceuticals also prefer advising obese and gastric patients with kefir in order to improve their metabolism and smoothen the bowel movement. It is a natural antibiotic and does not feed on yeast, making it safer for chefs to prepare relishing dishes. Its digestible properties are attracting the market and people are adopting the product globally to use in their food recipes. However, Mind block of lactose intolerant consumers is restraining the global kefir market. Lactose intolerant consumers comprise of approximately 65% of the human population globally. This is a major symptom acting after infancy till one’s adulthood. Lactose intolerant people mostly belong to the East Asian, African, Native American and Hispanic backgrounds. Their impaired ability to digest lactose is an ability that many infants face it since their birth. Even though, Kefir is known to be healthy and harmless for this segment, consumers still face a mind block to consume this product. Their lactase production is low and they are skeptical of suffering from abdominal pain, bloating, nausea and other related illness. This is a major issue prevalent among the lactose intolerant consumers and they are highly responsible for holding back the growth of the market. However, the impact of this restraint is expected to subside by the end of the forecast period on account of increasing awareness about the benefits of kefir among the lactose intolerant population. 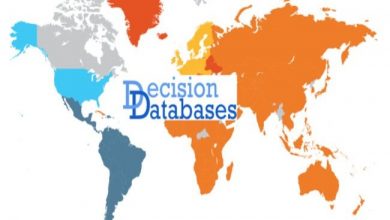